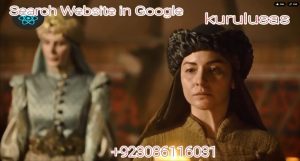 Turgat says you were right, brother, they are coming to take the weapons, the men of Vesulis were moving slowly.Then Ertugal says we will not move until we know their true destination.
Bampsey, on the other hand, was on his way back to the tribe, while Tiwa and his men were pursuing him. Bampsey did not have swords because the commander of Vesuvius refused to return them.On the other hand, the soldiers of Vesulus reach Islahhan in the cave, a man unties the ropes of his feet.
Islahhan gets very angry and says let me go and let me go, then she pushes and knocks down a man. Then the man gets up and falls on Islahhan’s stomach But he punches me and says if you want to live, live well.
Then they take the weapons and go out every now and then. On the other hand, Bampsi stops at a place to rest and ties his horse to a tree.Then he goes to one side and sits down and says, “Lord, I see Helena in everything you make. I can’t stop her thinking.”
May God make me blind so that I cannot see the beauty you have created.In the meantime, Tayu comes from behind and opens his horse and runs away from there and starts moving towards Bampsi.
The bumpy voice also stands in front of the Sun Cross and asks what are you doing here, saying that I have come to save you from the devil inside.Hearing this, Bampsey tries to draw his swords, but he does not have them.
Three more men come in and then they attack Bampsey.In this fight, Bampsi kills two of Tyu’s men, but then Tyu manages to knock him down and shakes one of his arms.
As a result of which Bampsee’s arm becomes lifeless but Bampsee stands up again and falls down the third man of Tayuk. After that Tayoo attacks again but this time Tayoo himself gets injured.And Bampsey turns to look at his horse, but his horse is gone. He says your horse is gone, like your swords, like your arms, and like your love.
Now I am your salvation Bampsey, Bampsey says go to hell you, after that Bampsey starts walking. He says I will find you Gabampsey, you can’t go away from me.That Karwa also starts following Bampsi
On the other hand, the soldiers of Vesulis are standing in one place and Ertughal and his soldiers are also watching them secretly, so some of the soldiers come out holding the weapons.The soldiers of Ertugl are sitting in their positions, then Ertugl and Turgat get up from their seats and come in front of the men of Vesulis, Ertugl raises his hand.
And then when he clears his fist, the soldiers of Ertugal shoot arrows and many men of Vesuvius are killed.And then the fight with the swords begins.
Except for one man, all the men of Vesuvius are killed and the man stands with his dagger on the neck of the gunman.Ertugl withdraws his sword and raises his hand towards the dagger, thus eliminating all the men of Vesulus.
Ertughal cuts the rope in Islahhan’s hand, Islahhan asks how are the noble brothers.Ertughal says he was injured but he is fine now. Islahhan says may Allah be pleased with him.
You have saved my life and the life of my brother. Right now I want to go to jail and meet my noble brother.Ertughal says first we will go to the inn of Hanli Bazaar, Amir Saad three are waiting for you.
After that they all go back.Bampsey, on the other hand, is sitting in one place, resting, and telling himself that the bad-tempered man was right. Helena has thrown me into the fire and thrown me into hell. In the meantime,
Click here Watch Video
Click here This Button Full Watch Video