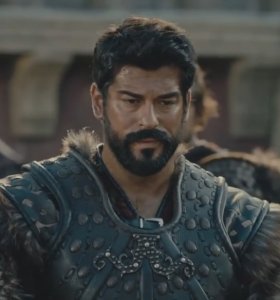 In the drama serial Usman Ko Rolos Episode 102 Part 2, you will see Usman is in Constantinople and fighting with Olaf.

Where many people are killed, the battle is still going on when the Sultan’s men come and shoot arrows from above.

And the battle is halted there, the adviser says that the Sultan has called you.

In Octam’s tribe, Kanta has a lot of fighting between Zeena and Octam, and Octam doesn’t want to fight.

“Wait for Uthman to come.” Oktam says, “We trusted Uthman and took advice from him. We lost a lot.

Now we will fight our own battle.”

In Constantinople, Osman and Olaf appear before the Sultan and the Sultan says Osman,

you sent a doctor, I was healed, you are very close to me.

Saethouf says he helped Ophelia to run away. How can this be?

So the Sultan says, Uthman, you don’t know. My daughter gave me Zahir for the kingdom

Usman you stay tonight be my guest Uthman says no I will not stop and Uthman comes from there.

So Oluf calls out from behind that Uthman, then Uthman stops, Oluf says

Usman, whenever we meet in opposition to each other, please forgive me and forgive me.

But Usman does not shake hands, he would say until I know in whose hands is your string