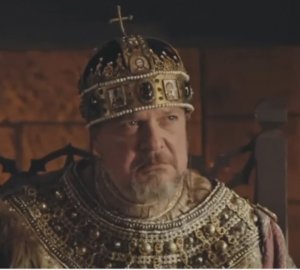 you will see that Usman goes to Constantinople with Mural Abdal and they go there through a secret route.

Where Ophelia has been accused of trying to kill the emperor, they try to capture her.

Where Ophelia has been accused of trying to kill the emperor, they try to capture her.

Osman also reaches there and Felia, who is hiding in her room, tries to escape from there and go to her father.

The soldiers go after him to kill him, but on the way Koh Noor catches him and puts his hand over his mouth.

So that her voice doesn’t come out, Osman comes and Ophelia starts to run away, only the soldiers see her.

She goes to the door which is locked and there they all come to fight Olof is there too.

There is a lot of fighting between Osman and Olof, many people are killed, and Octam is found guilty in Octam’s tribe.

Just then a soldier comes, he gives Usman a message on which is written, “Take care of him. I can’t come.”

Zay Nas also comes there, he says that when the crime has been proved, hand him over to me.

That it is Usman Sahib’s order that nothing will happen until he comes, says Zay Nis knowingly.

Oktam gets angry and starts to fight until Gat comes between him.

And stopping them from fighting, Bala says to Ma Tha that we were looking for you in the sky

Uthman gave his son Uthman many positions and many responsibilities ahead of time.

Uthman gave his son Uthman many positions and many responsibilities ahead of time.