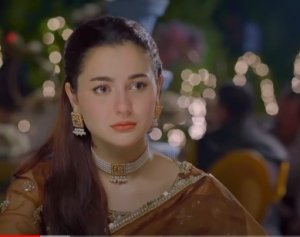 In the last episode of the drama serial Mir Hum Safar,

you will see that Hala’s daughter is born

she says that under no circumstances will I let Hala come to this house.

So Hamza says that mother, she is the mother of my daughter,

how can I leave her? Shahjahan says give her a divorce. Hamza is very angry and

He leaves and comes home with Hala,

Shah Jahan says take her out of here and divorce her now Shah says very angrily.

And she calls her daughter-in-law and says very soon you will get the space papers.

Hamza, you should divorce Hala and divorce Zoya too, because I am going to divorce your mothers,

Jalis is very angry.And when Shah Jahan starts to divorce, Jalis’s brother comes to him and says,

“No, brother, don’t do that” and then Hamza also says.

Then Shah Jahan realizes how bad he has done, then Hamza starts to separate with Hala,

then Hala says that he will do this after his sister’s marriage.

So Hamzah accepts his words and they get his sister married to him.

Zoya had cheated on marriage, Hamza is once again involved in the preparations

For a separate house, Hala says, we will not go from here.

That I behaved very badly with you, I am not worthy of you to forgive me

I wanted to take revenge for what Phu Phu did to me because Phu Phu loved you the most,

so I wanted to take revenge by hurting you.

So I did all this please forgive me then Hala says no problem I have forgiven you.