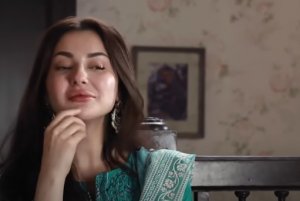 Drama Serial Mere Hum Safar episode number 29 Hala is sitting next to her grandmother and crying.
Grandmother says go call Hamza and bring her. It is difficult

Calling Hamzah, Hamzah’s mother is with him. She sees the situation and says,
“Why is it still here? Take it out, why not take it out now? Take it out.”
I will keep punishing myself as long as she stays with me. Hala says grandma is calling you.

Shah Jahan says why, what should I say, now she is crying from my seat and comes from there.
Grandmother asks that Hamza did not come, then Hala remains silent.
Grandmother says that first I heard a voice. Pay Bhaga comes and goes

Hala, if you call her my name, she comes quickly. Hala says she won’t come now.
Grandmother says why won’t she come. Hala says her mother who is with her.

Grandmother says you have not done well, you have broken my trust,
Hala says I have not done anything wrong, Grandmother, I was not in love with Khurram.
It was the relationship that I had with my father and Khurram was my dead father.
I did not talk about love.

Hala calls Hamza while crying. Hamza comes running and asks what happened to Dadi.
Hala says, “I don’t know. I don’t know. They rush Dadi to the hospital.
Khurram comes to ask Dadi. Hamza hits her that you How did you get the courage to come here?
Khurram leaves from there. Grandmother’s health is getting better.
She comes home and says call Nafees and tell him that whatever the situation is.

Come quickly Nafis comes home then grandma tells him everything about your daughter and
at the same time grandma stops talking so everyone starts crying.