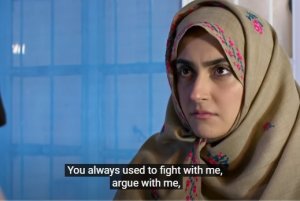 In the drama serial Mere Hum Nishin Episode 36, Hasan and Aima are sitting in the car.

I will present it as if it is true, says Hasan

Even so, it is because of you that you will clear it.

Hearing Aima’s words, he says get down from my

Aima says how can you do this.

To go to the dispensary, she remembers how Dar Khazai told her that you become like you were before,

don’t fight with me every time. Khu Ajasta is poo chathi from him

He is worried about this, so he says, just leave, everything will be fine.

Meanwhile, Sanubar comes and asks what happened. Sanubar says how can I tell you, I don’t know.

It is news, this is sad, More says, tell me now, girl, what is the matter, Sanubar says, I am angry.

Maury says what happened, say something, she says it is Behrum Khan,

a huge stone fell on his car and he is bleeding in Lohan dispensary, there is no doctor there.

The nurse’s car has also been destroyed

Khu Jasta also hears all this, she quickly goes and treats Behr Umm Khan and sends him to the city.