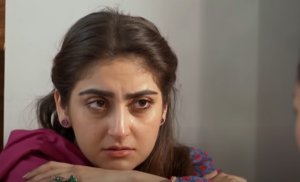 In the drama serial Mere Hum Nishin Episode No. 30, Khawajstha is going,

then Dakar Hadi stops her and says Fahad told me that you are going,

Khawajstha says yes, she had come to study, her studies were completed,

so she is going. Hadi says, “Dagree is still there

Khoo Ajsta says that she is the idol of the latter, I will take it. Is

It must not be what we want, nature works by its own system, not by what we say.

They are made, why don’t you understand, Hadi says, I am in love with you and they are made of the clay of love.

Meanwhile, Imrooz comes to Shanze and says, “Call Sanubar” and he is very angry. Is

And Sanu comes back and says that who said to send tea and that too put it in Drakhzai’s hand,

Bar says she said that the lady said that Khajasta likes this girl and when Drakhzai will see her, this whole plan was hers.

If there is, Imroz says that if Khabardar even utters such a thing after today, then get out of here,

then Shanze will say to Sanubar and you will say anything.