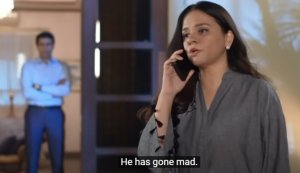 In the drama serial Mere Nasheen Episode No. 26,

Khawajsta tells her friend that Dakar Hadi has posed on her,

so her friend jumps with joy that Khawajsta Dakar Hadi has posed on you,

really she says. Yes, she says, it looks good You have also fallen in love with Dakar Hadi,

but Ajasta says nothing like that. Beha says you should think about Hadi too.

In some dispensary, what did this ignorant and gunwar do to you?

About Var Hadi, Soo Cho Khajastha says, “In my traditions, you learn and you have to die,

and if Drakhzai gets a hint of this, he will take his life.” My Khajastha says,

“You don’t understand me.” Bahiya, stop trying to explain to me, she keeps talking,

she says, “I know everything, what I have to do, stop complaining.”

On the other hand, Hadi says to his mother, “Mama, you are behaving as if a boy has never liked a girl.”

Then Hadi’s mother says, “Hadi, it is not like that. There is a big difference between our traditions and the traditions of Khajusta.

” Nahi rah pau with her haad yeki ami says That I spent all my childhood in the house and then all my life working around the hospital,

you brothers have become a test for me. Hadi quietly listens to his mother and tells his mother that you have He spent all his life for our happiness and

we are not happy when we go ahead, so what is the point of doing such hard work?