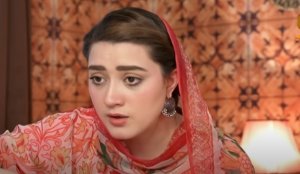 The whole team goes to Khajista’s house, where they have a special arrangement for their accommodation. Hadi is standing outside, Imama comes and says, “What was the need for Hadi to come here in these mountains, I have not seen him, how stupid this Darkhzai is.” Every time is in the cycle of fighting

And there are guns hanging everywhere, Hadi says, “I remember, Aima, one day you said that a person should have compassion,” Aima says.

I said yes, but now I don’t, from where can I get so much water, Khajasta comes and says what are you doing here, there are a lot of mosquitoes here, come here with me in the women’s room. What is Khajsta doing here at this time?

So Khajasta says Aima come, let’s go, she goes to tea, Darkhzai looks at Hadi very carefully and leaves. There is a camp on the other side, so Aima calls Bahram Khan and says that you remember you said that you must help me. Gee then Bahram Khan says yes I remember but if there is any talk about Khajista then I will

So Aima says yes, it is fine. Aima purposely makes Khajasta sit on the table with men, there is no one here, you are needed. And goes and talks to Darakhzai

Does your woman see the pulse of Kamal? Her heart has come out in her fist, so Darkhzai who is bringing tea is just a bot. Bahram Khan goes and tells Da San what feats Dilawar Khan’s daughter is doing.

Toda Sain angrily says if this thing goes wrong, I will do the same for you that you will remember. Meanwhile, Dark Zai comes home with Kha Jasta. Dakar Hadi calls very angrily.

Hadi was very upset when he asked his father what happened here, so Aima came to Hadi and said, “I told you to leave here, but you didn’t listen to me.”

At the same time, Beha comes to Hadi saying that she doesn’t know what condition she will be in and tells Aima that all this happened because of you.