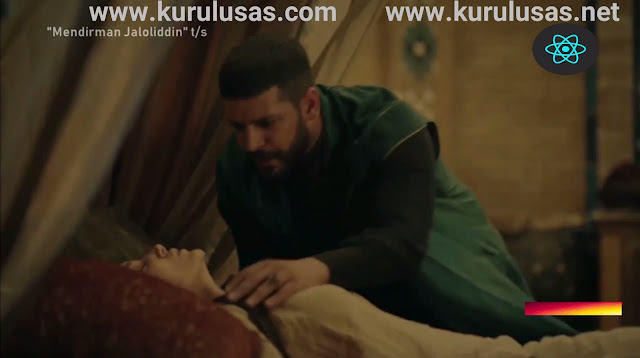 Audience, this drama has become very interesting and delicious This is how the episode started. The killer tries to save himself The snake has to be killed and left in the booker’s room

He is left in Shereen Khanum’s room In this way, the snake first stings Shirin Khanum When Shirin makes a noise, Qatlu Bakr hears her voice and comes to her room.

The Qatlu Bakr looks at Shirin’s feet At the same time, the snake stings the slaughtered goat.

As soon as she comes in front of the queen, she faints “I gave you a chance,” says the queen Surely you did not listen to me. Now you are responsible for this.

The queen goes to Shereen Khanum in a state of distress And she sees the sting of a snake on his leg And she says to her maid, “Call the wise man immediately.”

Mekhar Khanum also comes in such a long time She bandages on Shereen Khanum’s leg and cuts off the stinging part a little. So that the venomous blood of the snake comes out

The middle-aged woman sees the murdered booker lying on the ground She goes to him and sees that he has been bitten by a snake Terrified, she says to her maid, “Call the wise man immediately and tell Jalaluddin.”

A maid would run to Jalaluddin And she tells him that Bakr is unconscious As soon as Jalaluddin hears this, he comes to Bakkar in a state of anxiety And he sees that the slain Booker has been bitten by a snake Jalaluddin immediately cuts off this part and expels the poisonous blood