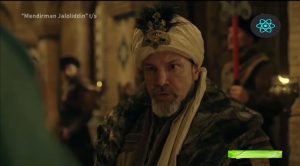 Sultan Sanjar captured Khawarizm and handed it over to Ghias-ud-Din Ghauri.But Ghias-ud-Din could not please Ahl-e-Khawazam, so he recalled Khawarizm Shah, ie Atansir, and handed over the city to him.
So, friends, Atansar, that is, Khawarizm Shah became the permanent ruler of Khawarizm
After gaining a permanent government, he also gained Khurasan, Marwa and Neshapur in the back of King Khata.
Atansir carried out massacres in the province and the Muslims suffered.In this connection, a group of Sanjuki Turks, Tarqan Ghazal, separated from him and snatched Khurasan from Sultan Sanjar.
Anarchy spread in the Sanjuki Empire and all its power was exhausted and at the same time Khawarizm Shah died in 555 AH.
After the death of his friends Atansir, ie Khawarizm Shah, his son Arsalan ascended the throne.He became hostile to his brother and showed obedience and submission to Sultan Ahmed Sanjar on which Sultan Sanjar gave him the certificate of Khawarizm.
After that, the opponents of Sultan Sanjar fought the war but they did not succeed and some time later Arsalan also died.
After Arsalan’s friends, his son Mahmood Khawarizmi sat on the throne and he was still a minor so his mother started ruling on his behalf.
But Arsalan’s eldest son, Aladdin Taqsh, was offended by his younger brother ruling.
He apologized to King Khatasa.King Khattabhi, in the lure of Khawarizm, took the army and went out to fight Mahmud
After this encounter, Mahmud’s mother was arrested, but Tarqan Khatana did not show any loyalty to Aladdin and killed the army against him.
Aladdin’s fort was closed and King Khatta was not harmed. Friends, Aladdin invaded Neshapur in 582 AD.The people of Neshapur fought against him and the siege of Aladdin failed.
He returned to Khawarizm but Aladdin recaptured Nishapur in 583 AD.After this, Aladdin had a quarrel with his brother Sultan Shah who was for power.
Aladdin also assassinated the last Sanjuki Sultan Tughral Sals. Aladdin expelled Sultan Shah and he fled. Aladdin spent most of his time fighting and controlling his opponents.
There were civil wars among them and he was also a follower of Ghauri and Sanjar emperors and thus he also died in 596 AD.
After Aladdin’s friends, Kitab-ud-Din Muhammad ascended the throne and kept his title Aladdin II
After his accession to the throne, he summoned his brother Ali Shah from Isfahan and gave him the government of Khurasan
In which Hindushah bin Malik Shah ruled in Nishapur after his departure, he was opposed to the family of Aladdin.
Hindu Khan invades Khorasan Aladdin II sends an army under Jafar Turki.Hindu Khan fled and took refuge in the area of ??Ghias-ud-Din, where he suffered a great loss.
Jafar Turki entered Maroom and sent the family of Hindu Khan to Khawarizm.Friends, remember that the relations of Muhammad ibn Taqsh-ul-Aladdin II with the Ghauri family were also strained.
But more than that, the attacks of the Karam Mongols proved to be dangerous. Muhammad ibn Taqsh captured Ghaznavi in ??his time and occupied all the areas of Hamdan and Jabal.
His war with the Mongols continued, and he died in 617 AD.The Lion of Khawarizmi Jalaluddin Khawarizmi was the last king of the Muslims who disturbed the sleep of Genghis Khan.
Who reached Afghanistan from Central Asia killing the Mongols, and after Afghanistan he fought Genghis Khan on the banks of the Indus River.
Click here Watch Video
Click here This Button Full Watch Video