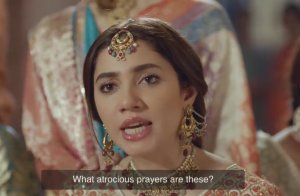 Assalam Alaikum, viewers, today you are telling about a very interesting and unique poem, which is well written by one of our great poets, Allama Muhammad Iqbal.

Alaa Mah Iqbal has chosen the words very well, he has written the entire poem in one poem, which has reached every home in India and Pakistan.

Children’s poem comes to the lips in this way, as a prayer, your wish is my life as a candle, God or me.

But the people of India have given it a color like this. It is a matter of nineteen hundred and nothing when this prayer is presented in this way.

By becoming a prayer, you want my life to be like that of my mother, O God, my child, this prayer has been changed into a bride’s prayer.

And the prayer is started in such a way that I have faith, do not obey everyone and do not complain about their appearance or behavior.

If they get dark in the house, they are not blinded by my shining, and threaten them, so be reassured that they will not be slapped.

If you slap me, I am thankful that what has not happened, don’t blame my luck, don’t blame the widows, don’t rebel. May Allah protect me from every fight.

Maskar Anna learned by taking insults, the bride gets angry after hearing all this

And she says that she just says that my prayer is, I will do it myself and then she starts praying herself.

A prayer comes to your lips, your wish is my house, it belongs to them, don’t tell me to turn off the light in my house, so that when it gets dark, I will light the light myself.

Let it be known to me that I should not love anyone, nor obey him, nor serve him, nor worship him.

Don’t doubt me or come to their house Don’t die, don’t make a man, either you or Lord, teach me to make a man