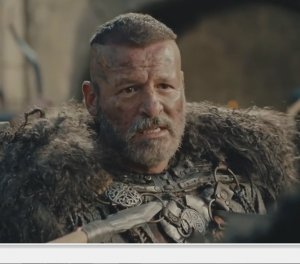 In the beginning of the drama Serial Usman Ko Rus Episode No. 103 Part 1, Ko Noor tells Usman that he shot him first.

And then they try to kill her. Usman says we will see if Ophelia is innocent, we will help her if she is involved.

So we will see. Noor they are playing a game Usman says we will make this game bigger now we will make it bigger.

Uthman goes to the Sultan. The Sultan says, “I have given Olof a troop of soldiers. He will come to your lands. I want you to host him well.”

Osman listens to the Sultan silently and says Sultan, from whom did you get permission that Olufi Miri will come to earth, I will not allow it.

My land and command is also mine, I will not allow him, says Usman, until you take up the sword, then we are united, I will protect you.

And what you are talking about as a friend, you will build a building there, I will appoint a servant who will be allowed to go there.

Olaf says what will this do to the Sultan? Osman says there are many dungeons in this palace that are filled with so many people. The Sultan says.

I was saying that Kunta will also see the case of Zinas and there will be no problem for anyone.

As Osman starts to leave, the emperor asks if Osman is leaving.

That you stay away from this girl, I don’t know everything, Akinur says I didn’t want to spoil you.

A mother knows everything, I love her, I can’t stop myself. Ayesha says who attacked you with a dagger, how can you believe her?

What is more important in this is your duty or did they fight? Akinoor says that it was a misunderstanding. Ayesha says it is better that you do your duty.