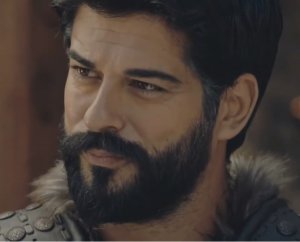 In the drama Seril Usman Cry episode number 100 part 2,
you will see that Usman’s son Orhan goes hunting and the men of Ogtog are already sitting in ambush and they attack Orhan.

He and Han kill all the soldiers and they cut off the fingers of Han and they are about to kill Han too when Uthman reaches there.

And he rescues Orhan from them. The Ogtu tribe is attacked on the side of Do Seri and all the soldiers are killed.

Then how did they enter the field and try to kill the king?

Trying to kill the king, she takes Hanur to prison and interrogates him,

then Hanur tells her that the life of my Sultan was in danger.

Together with the Turks, the prince saved the Sultan’s life, and Qiliya is convinced that Khan is really on the side of the king,

she forgives him, and Han’s mother is cursed. It starts to wear off

So Uthman comes and says now he needs to do his work himself.

Uthman says you were attacked and you suffered and couldn’t defend yourself.

And Haan says I will complain to you after today. I will not give a chance, I will prove it

That I am the son of Uthman, many soldiers of Ogtu’s tribe were killed and I was very angry, his wife says.

My brother was killed. All this trouble has come to us because of Usman.

We could not even bring my brother. She makes Ogtu very angry. On the other hand,

in the Usman tribe, who calls herself the goddess of death, she is Usman’s.

She abducts the younger son Ala and Din

And she keeps it in a wooden box and sends it to her clan.

When Aladdin does not go home, Bala Hatun looks for him and is very upset