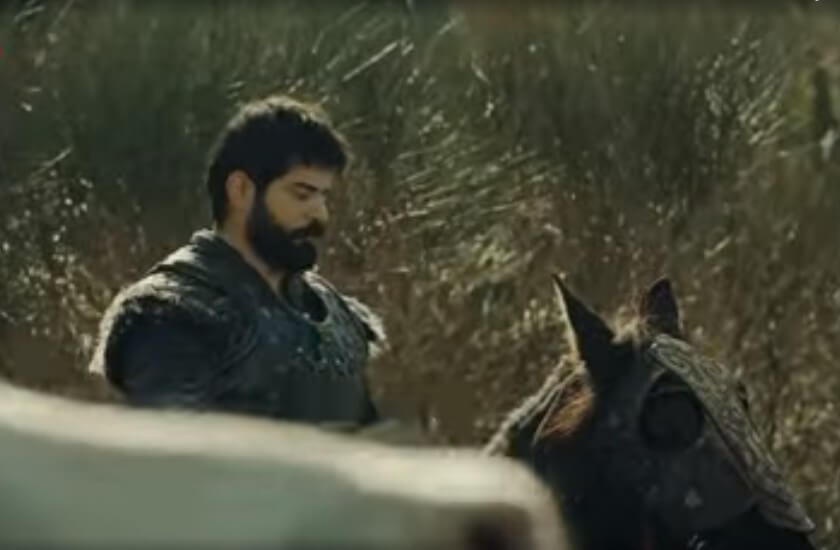 At the beginning of this episode, Gundoz is telling his brother Sipah Salar Usman about himself that at one time he fell into the hands of bad people.And I wanted to do good deeds but these bad people put me in bad deeds and I didn’t pay attention to good

deeds and instead of doing good deeds I got involved in bad deeds.And when he had done evil, he said to his brother Gundoz, “When you found out why you gave Gihatu your men, you together with Gihatu, you broke up the Turkic tribe. Why did you do that?”

What Gundoz wanted to go back to his brother Sipah Salar Usman but he used to block my way.I prayed that nothing bad would happen to me on the way. My prayer was fulfilled and I have apologized to you and I have confessed my deeds before you.

you both the tribes of Soghot and Khanqah were going to be destroyed by the hands of Gehato.What did you do for it? On this, Gunduz, the brother of Sipa Salar Usman, says, “Brother, I took a promise from Gahyato that you would not break these two Turkmen

tribes, the Soghot and the monastery.”But this is all a lie. You have broken everything together with Gehatu. Gehatu would have died earlier but you revived the desire to live in it. You and your companions have made many mistakes.Gundoz shakes his head

at his brother Sipah Salar Usman and says, “Brother, you are right. I have made many mistakes which are unforgivable and cannot be forgiven.”On the other side, Oghot Anya enters the round fort laughing with his companions and tells his companions That

this is the Anial Gol fort and he tells the companions of Gehato that the Mongols have come to this fort with me before.But Salar Usman has always killed them Ogut tells Mongol Gehato’s comrades that now we and the Mongol soldiers are one And now

Salar Usman should show us the beating and now we are all one and we are all together.Ogut tells the Mongol soldiers that now you and I must think carefully.