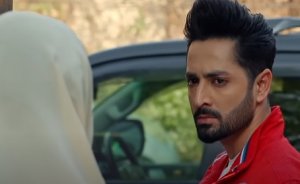 Drama Serial Kesi Teri Selfishness Episode No. 8At the beginning of Shamsher comes to his mother and says that how long will it take mom, there are so many things, how long are you saying that for a while, his mother says that you married me half an hour ago. was shown

So Shamsher says that half an hour ago you were not willing to go with me, so his mother says that I am still not willing, why don’t you take this girl with you.
So Shamsher says that how many times do I tell you that his family is not happy, it is very difficult to believe, I can’t put pressure on them, so his mother says that how can this girl be lucky to get married to you. will be opened
So Shamsher says that you are sitting with the same things again, we are getting late, so his mother says that I am coming, and Mahkak’s sister comes to her father and says that my paper is due tomorrow, so I will go. go
Now from whom to hide, then there are noises from outside, then the sage of Mahek goes out to see that there is a lot of goods in a car which the men are carrying. has sent
So they say, “Kon sir, Shamshir says, ‘I have sent your daughter’s marriage too.'” Open the door, I am the sword
So Mahek opens the door, these are some gifts, this is jewelery and a couple, my mother also went with me, but I liked the couple myself, you will like it too, take care of yourself, I will take care of you after marriage.
On the other hand, Shamsher’s father calls a policeman, and the policeman says, “Nawab sir, are you sure that this man is for your work?” He says, “This is my man. The purpose of his life is connected with the purpose of my life.” Is
If you don’t worry about it, then the policeman says ok, don’t worry about us, then the policeman goes away, his father calls his servant and says to him, “Go now, tomorrow is very important work.”
At night Shamsher’s mother goes to his father Vaar says what do you think we should go then he says yes we should go then she says Farwa is leaving home then he says you Don’t worry about it
I will talk to her then they go to her and say you are leaving home then she says you guys have left some other way for me then they say I am not here this girl. I will let you come
Saying you trust me, they go away, then Farwa starts laughing, while Mahek’s cousin is sitting in his room worried, then his mother comes and says how long will you mourn at home. If you ask them if it is decorated, they say that it is being done by hand
Well now you get up I have to go to palar he says why palar she says nikah is to get ready he says you will go to nikah I will not go then his mother says you will go soon come down
Meanwhile, Mehek’s parents come to Mehek and say, “Son, we didn’t want to talk to you, but we didn’t have the courage. Daughter, please forgive us.”
So her father says that I am helpless, forgive me, then starts crying and hugs Mehek, then Shamsher’s phone comes, he says how did the couple feel, Mehek says I didn’t see it, Shamsher calls. He says that I had so much love
Well, I have sent the driver, you have to go to Paler, today I want to see you dearest.Meanwhile Shamsher’s family comes to Mehek’s house and there is no one there, so they go to his father and say that no one has come, so they say that after my sin today, I will never forgive myself.

If you had told us, we would have called the guests. Shamsher’s father says that all the responsibility is not Shamsher’s, so he says there is no point in fighting like that. Then Mehek’s father calls Mehek, Mehek says that I am on the way I am then Mahek’s car is hit by a truck
So Mehek faints in injured condition and the same man pours petrol on her car and sets it on fire. Meanwhile, Mehek’s parents are getting worried, Shamsher gets a call.
He tells that Mehek’s car has met with an accident, then they both go there, they find out that Mehek was in the car when the accident happened, so they start crying. Mehek’s father blames Shamsher. Shamsher starts crying and his brother comes and takes care of him.