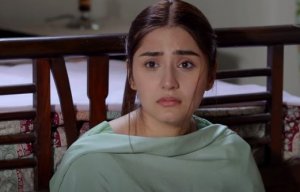 Drama Serial Kesi Teri Selfishness Episode No. 9At the beginning of Shamsher’s brother goes to his sage and his sage asks how is Shamsher, he says that he came home and shouted a lot and then suddenly became silent.

As if this girl is stuck, her father says that she has a new passion and it will take some time to forget it. His sages say that fate cannot be changed
And her father says that we can’t change the destiny and we can’t bring this girl back to life. We should give her time. Her brother says that you are right. Is
So he says yes, then they say you too go and rest. Farwa says to Sofia on the phone that I only knew when Baba came to me, he only wanted this drama to be true and No one will even know that Baba has any hand in it
So Sofia says you think uncle kahath is in itMeanwhile, Sofia asks Farwa how is Shamshir, she says that he is in his room now, crying in memory of that girl. Who thinks Shamsher will forget the smell so quickly

So she says that you will ask her name after two days, then she will not remember that too, so Sofia says then I will come after two days. They tell me that I have checked them up
Now her condition is fine and if she doesn’t recover then she won’t have to be admitted to the hospital. Ahsan says I will leave the doctor and come. I will keep
So Nida says to her baba that baba you go to sleep I will take care of mom so he says no son so Nida says baba I will not sleep I have never slept alone.
I miss you so much Baba hugs Nada and criesMeanwhile, Ahsan is crying remembering Mehek’s wordsAhsan is crying so they say that you are crying then Ahsan says no, how is your mother, then his mother says that she is in a very bad condition and Nida is also sitting down, I wish Mehek would have recovered a little earlier, then Ahsan says Mehek. There was no need to handle

Ahsan leaves by saying that if we all had managed together, she would have been with us at that time. Mehk’s mother says, Mehk’s father says what happened, then she says Mehk has come, then he says yes, she has come. Sleeping in the room

So she says that you are lying, everyone starts crying, while Sofia comes to Shamsher’s house, then Shamsher’s mother says that son Shamsher has not come out of his room since night, try, maybe he is yours. Accept the word
So she says ok I will try here shamsher’s baba comes to shamsher and says she is dead forget it so he says baba she died in a moment and I am dying moment by moment he says. If there is a limit to love, Shamsher says there is no limit
Shamsher’s father tells Shamsher that you should go to Canada or farm house, he says that I don’t want to go anywhere, you leave me alone, then he goes to Mehek’s house, then Nada sees him, he goes to Mehek’s room.
And after seeing Mehek’s pictures and things, he remembers him and his words, then Mehek’s sage comes there and says, “Why did you come here, go away from here, Mehek used to hate you and we also hate you.” Te Hain Tum Se Jae Jae Shamsheer quietly leaves
Meanwhile Shamsher’s father calls the man who tried to kill Mehek and says that when he arrives, he says yes. My brother’s phone calls, he says, “Brother, don’t ask me any questions.”
Quietly come here I am sending the location so they reach that location then their brother comes out and says come inside.
Then a car comes and a man sitting in it says that he has got Senpal. The man standing outside says yes. The man sitting in the car gives him a packet. Arrives at the station
So her father gives her a phone and tells her not to turn it on before 8 o’clock. A man takes her with him.
On her way, she is spotted by the same man who tried to kill her. When Mehek sits in the rickshaw, the man starts chasing her but fails and stops.