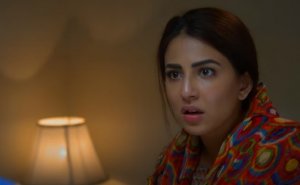 In the beginning of the drama serial Hubs Episode 10K, Basit’s mother Basit comes to Ayesha and
says that now this house is yours and you can run it as you wish and if there is some food,
I will send it, so Ayesha says no. Basit’s mother says that she has not eaten anything

I have hung your clothes. When I want to change, do it.
After some time, Basit comes in the room and asks Aisha whether you have eaten.
Aisha says no, then Basit says why you have not eaten.
Basit says I have eaten and don’t wait for me.
Basit starts to leave and says I will send you something to eat. Ayesha remains silent

Well, aunty, I go to the office,
she used to say, why now, now you are married,
then Ayesha says that when I become Ayesha Basit, I will not go.
Ayesha goes to the office, then Basit says.

Why did you come to the office today? Ayesha says that you all know, then why are you asking?
Basit says that now we are married, now you can’t work. do

Ayesha gets angry and goes to her mother’s house, then her mother asks why you came on the rickshaw.

Ayesha’s mother says, “Okay, now what is the need for you? Listen to Basit’s words and stay at home.” handle