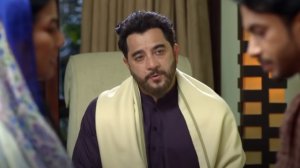 Dil Awaiz Episode 7 There is no one in the house. The family has gone to his uncle’s friend’s house for dinner

So he goes to the kitchen and annoys his cousin So she tries to slap him, then Shaan grabs his hand How long will you stay away from me, his cousin pushes him And she ran to Aqab and told him

That I pushed Kashan And he’s fallen, he’s hurt, and he’s bleeding Waqab says, “Wait, I will come and see.” When Aqabi comes to Kashan’s room And she tells Kashan how dare you do such a thing to my daughter

And you do not know what is the punishment for those who do such thing in the mansion Faria, on the other hand, talks to the boy she likes on the phone ?