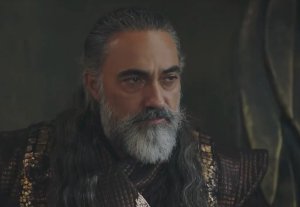 In the beginning of the drama series Yel Da Sathan Episode No. 6, you will see that Ba La Mir Baig Dagh tribe’s headman Chol Pa Na Khan is captured and brought.

Alpa Gu will kill Khan. The one who attacked him has fought.

On their side, Chul Pan Khan is also very surprised as to what will happen now and those girls and Akis are also very worried.

When Ba La Mir’s daughter is near, he turns off the light and puts his hand on her mouth and quickly closes her mouth and says to her.

You gave Zahir to Alpa Go Khan when the stone on your ring finger fell there, due to which Alpa Go Khan’s wound is now healing.

To keep this secret a secret, you will tell your girlfriend that she did not see anything

You will keep his mouth shut, tell him, leave him and leave quickly

When she looks back, there is no one, so she is very surprised and then takes the boy.

And that girl greets Alpago by bowing her mouth, then Mir Beg po Chhata is above her

Didn’t you hear both of them talking about attacking Alpago, she says I didn’t hear anything like that.

If you tell me, Asha comes from behind, then Akiz understands.

Akiz says when the executioner was taking me then ba la mir beg attacked me and I stopped him.

Balamir says that this girl is innocent, so what should we do? He says that she lied, I will punish myself,

thus saving Akiz’s life.And why is the rest of the fight and Chulpaan also left, says Cholpaan.