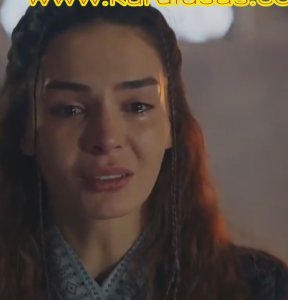 In the drama series Yel Daastan Episode No. 5, you will see that Batu Ga is hiding behind De and listens to Gok Khan and then he goes and tells Akiz.

“What are you doing?” He says to Akiz, “You are singing a spell. When Gok Khan hears it, he will get angry once he starts punishing someone.”

So Timur will tell him that we are his debtors, so don’t punish him, let him go, he will let go, in this way you will come in the sight of Gok Khan.

So Akiz does the same thing, Gok Khan sits down and eats with all his family members, then Akiz starts a lullaby.

When the sound of this lullaby falls on the ears of the Khan, he asks who is singing it, and the Khan says.

Call her and bring her. Alu Yaja’s special servant calls her, Gok Khan asks what she was singing and she remains silent.

So Gok Khan angrily says tell me, she says that she used to tell me this when I was a child.

He says from whom, Akiz says that Talasim Khan is angry with you. He says that you should put him in jail.

Stop baba we are his mukwaza forgive him once gok khan asks how can he say taymur then.

When Toga was going to the prisoners, he told us that he had saved Batuga’s life. One of our soldiers had attacked Batuga.

Then, when Khan’s anger subsides, he is about to leave, but Mir Beg stops him and stabs him with a sword.

Akiz is also the one who is now giving and fighting well.Akiz begins to kill Mir Baig, then Samne Taimur comes and kills Akiz.

Batuga is standing on the roof and his brother’s bag is watching all this.

Ka Ya says to Batu Ga that the one whom you love is very beautiful and the one who is very brave also wants to be like that.

Tuga keeps listening to her talk quietly.Akiz is caught and taken away, who goes straight to Batuga