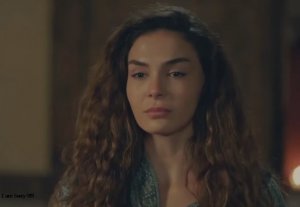 In the drama serial De Astan Episode No. 5 Part 1

you will see that Gok Khan comes to his senses and Ba Har comes and Sa Mane sees.

that a dead body is hanging, he asks whose body it is, his son’s, or says it is that of the rebel girl who shot you.

Gok Khan looks very carefully and says find him and find out where he is from.

Timur says he went to Dag tribe after shooting an arrow at you.

and many women and girls of the Dag tribe were also brought away, says Khan.

This is not the case, there is something else that must have something to do with the Dag tribe.

It is not like that. The Dag tribes are my enemy tribes.

And I can’t forget that, call Saltog and find out the real killer yourself or he says you are suspecting Saltog.

He is bound by our order, says the Khan, before your uncle reaches the hands of Bil Mir Beg.

Before that, we don’t have to find the real killer,

food and throws it on the ground.

Batuga says you are displeased. Akiz says yes, if you take me away from there, at least I will die