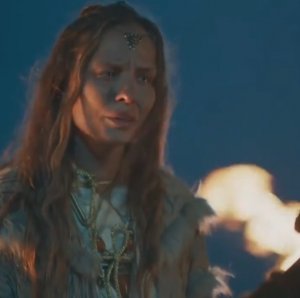 you about a very interesting Dastaan. It was in the eighth century when there were no writers

the sake of his kingdom, who had killed his wife,

also married his son and then took him to his father’s clan.

Her father and mother run to their daughter and say Talisman Khatun, then she is dead.

Talisman Khatun’s father says I will not leave you.

He says yes, you have also met your daughter

Gok Khan has never forgiven his enemy, especially the enemy who has betrayed him.

who is called ChoLaN Khan.

then Gok Khan says you guys will make your place somewhere else.

If you don’t want to go from here,

another man comes forward and says that we will not go anywhere from here. Kills

who is very little hearing comes to Batuga and says don’t cry.

And she gives a shout and says to take care of herself and then her father is killed.

His name is Akize Khan. She cries a lot sitting next to her father and swears.

That I will destroy Gok Khan’s tribe