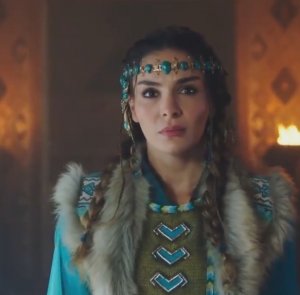 Drama Serial Dastan Episode No. 1 NaZareen Today we will tell

you about a story which is very interesting and based on reality.

Nor was the media era, but then a writer has created a very interesting story

about the work and the amazing people in this century.

In which we are going to tell you, let us tell you about this Khan who killed his

entire family just to save his state, Gok Khan, a tribe. There was a chieftain who

Gok Khan loved him very much but was hated by his tribe.

When Gok Khan was going somewhere with his army,

he was attacked and Gok Khan continued to fight them.

Two hundred and fifty servants of Gok Khan are killed and

a map comes out of the pocket of one of the servants. Gok Khan has a brother.

He brings the map and tells Gok Khan that Khan I got it from a servant’s pocket.

that everyone has gone, so she takes her son Ba Tu Ga Khan and runs away from there.

a forest where Talisman Khatun is running away with her husband, Gok Khan catches her.

He takes it and takes it with him. There he stabs his wife with a dagger, by which she dies.