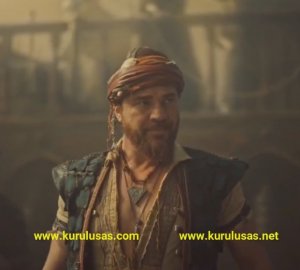 History is a witness in the drama serial Bar Burosakst No.

1 that the seas called the sea of ​​islands where the horses ran and became the blood brothers of this bloody sea.

“Listen, it’s the sound of a bird. Neither does the soldier. He says, ‘Yes.'”
It seems that there is still some journey left. On the other side, some people in another boat are talking to each other and

Baba Urooj is waiting here, he looks towards the upper side, he sees someone,
so Baba Urooj quickly shoots an arrow and immediately a man falls into the boat.
Baba Urooj quickly checks his mark. So he realizes that someone is going to attack,
he quickly tells his soldiers to be quiet, they all become silent and the boat is attacked.

And Baba Urooj says to his brother Ilyas that one side you take care of, you see in one,
then there is a very strong fight and Baba Urooj succeeds in his goal by killing everyone,
the other side of the boat hits the shore. Everyone is excited that uncle Khizr has come,
Saib and his family are very happy to meet Khizr, and when Baba Urooj is done with everyone,
everyone is very happy. And sage Arooj chants Zindabad Zindabad