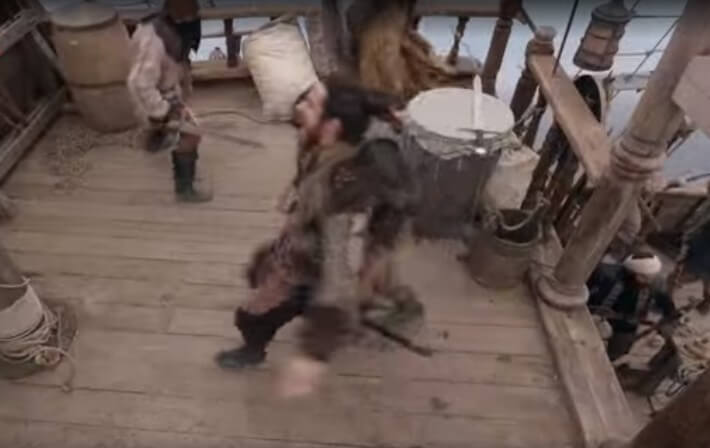 At the beginning of this episode, Sipah Salar Agha Khidr and his companions are on board his ship in the Mediterranean.Where Agha Salar, along with his fellow soldiers, is planning on Agha Khidr and with them is giving war advice to conquer

island got out of their hands due to the negligence and shortcomings of the Muslims and later this island came under the control of the infidels.And now it is incumbent upon us to conquer other parts of the kingdom of the infidels with our

to go ahead with my head.And fall upon them with all your might. And we will, insha’Allah, first kill them and then seize their ship.