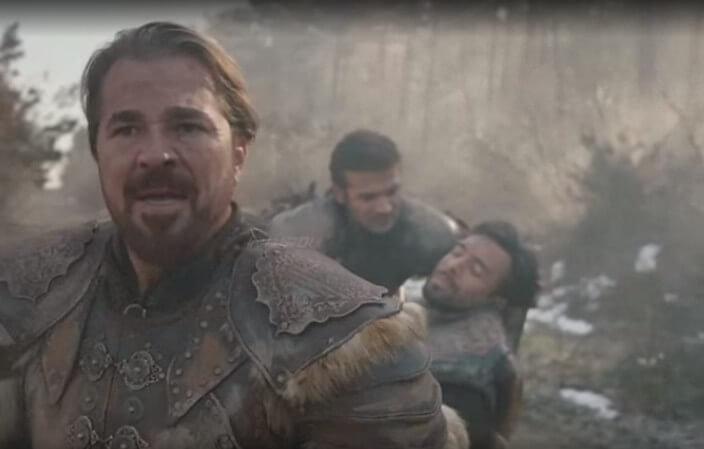 and they have all been so badly injured that even if they are treated now, they will not be able to fully recover.And most of their soldiers will die and they will no longer be able to compete with us.Patero tells his fellow soldier that the game of war has really begun,

now we will see who loses and who wins.The soldier on the fort is listening intently to his commander Patero. His commander Patero comes down from the fort.On the other hand, as Sipa Salar Urooj and his fellow soldiers were taking their wounded soldiers to the place of treatment,