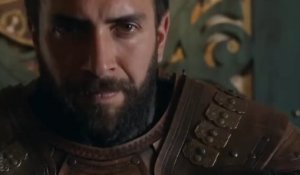 Now this responsibility falls to you. Khizr al-Jazir is in your trust and you are the leader of all the soldiers. This means that it is up to you to maintain the Muslim Turkish flag in the western Mediterranean.
I know, Perry, this responsibility is so heavy that I have no right to mourn my brother, nor you, Agha. My people are waiting for some hope. My soldiers are waiting for strength.
My cause awaits victory and my enemy awaits my revenge. It is forbidden for me to sit idly, wait and mourn. Peri-Dan Diego trapped the rise of Reyes in the present. There were probably enough people.
It didn’t matter how many they were, Urooj Agha was not an ordinary person who could fall into their trap, there must be something wrong with him.
What does treachery mean? Who can betray the race? Khizr? Is he one of the soldiers? He could be anyone but those closest to us. PERRY Let’s make inquiries.
And find out who did it. We can catch someone and get all of this out of him, no need.
Everything will finally come out when we find Dan Dia. Our only goal is to find Dan Diego and take his head off.
The people of Algeria are also waiting for you to sit on the throne.
First we have to go to Jejel and gather soldiers then I sit on the throne and go after Dan Diago we killed the rise and now I will take Algeria and sit on his throne

And then Jajal will take the throne of Algeria, Khizr is with him, he will be ready to sit on the throne soon
let him come we will play our tricks before him so we will attack Algeria immediately how many Algerians like you are against barbarossa most of them support him now if we get the throne
So we can defeat Barbarossa’s supporters ok then let the iron speak for Algeria I have put the clothes of my two martyred sons in the box
First Ilyas’s clothes now Arj’s clothes My heart is full of pain like this box I had the strength to bear enough pain but the pain of climax has killed me I don’t know how I will bear this pain
Urooj Rais was a father, a brother, a son, a friend, a sultan, a brave man, he had some kind of relationship with everyone. That everyone had some kind of relationship with the ascendant