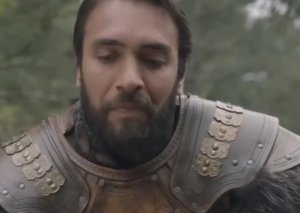 and see you are caught in my trap. I will kill you and after you it is your turn to ascend,

he will also be caught in my trap.When Urooj Baba reaches there, Ilyas is dead and Ilyas’ wife Asma also dies.

So Khizr comes there, seeing everyone crying like this, he asks what

Someone tell him what happened. No one can tell. Everyone keeps

Khizr goes inside the tent.

And everyone is in the same sorrow that Daya Ngo lays another trap and spreads a news about where Daya Ngo is staying.

If you go, say no, once again, it will work to trap the rise

When Khizr goes there to catch Daya Ngu, the man tells him that Daya Ngu has laid a trap in which he has to kill Uroj

and he would have killed Uroj by now, so Khizr is there.

So Peru comforts him, but Khizr is very confident,

and Baba traps Uroog in his trap and kills him too.

Agha I have come says Khizr
Hurry up, we don’t want to go to Hakim, Baba Urooj says no, let’s take me to the river bank.