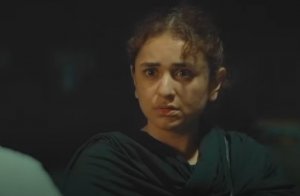 In the drama serial Bakhtawar episode number 2,
Bakhtawar and his mother reach Karachi,
they get out of the car and ask for the address,
then a thief steals Bakhtawar’s bag and runs away,
Bakhtawar runs after him. Hoy goes far and brings back her bag.
She calls out to her mother and comes back. A man sees her alone.

So he lies to him that your mother is sitting at my shop, waiting for you.
Bakhtawar goes with him a little distance, then she suspects that the man is lying to me,
she runs back from there. If she looks in front, her mother is sitting

From there she reaches her aunt Nasreen’s house, her aunt asks how many days she has come,
she says forever, her aunt says, we are having a hard time supporting ourselves,
take care of her. He says it’s okay, let’s make arrangements for their food and drink.
Bakhtawar says I don’t depend on you.
You guys can stay here as long as you want, you have your own home.
After a few days, Bakhtawar says to her aunt that if there is a place where you work,
I will work there. Then her aunt takes her with her. If she works, she gets less money,
so Bakhtawar says that

Work all day and for so little money, I will not go to work.
His aunt says that there is another job. It is hard work, but the pay is good.
So Bakhtawar says, I will do it. He says Kandikadi then Bakhtawar says I will do it

Bakhtawar takes her CV and meets a girl there whose name is Parveen.
She explains to him that the work is difficult but the salary is good.
Bakhtawar gets a job there. Takes some household items