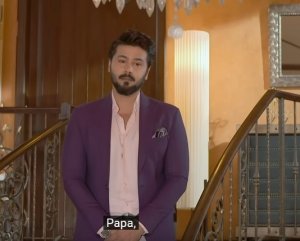 I will never forget it.
Thank you so much.
She stands up to go to Beha.God has not given children the courage or strength to be angry with their mother,
so it is very difficult for you to meet your mother.

Beha leaves from there.
On the other hand, Wali’s sister comes to visit her mother.

She used to suffocate him. It’s wonderful that she didn’t tell you.
There are rumors going around the city.
Then she gives some money to her mother and says

Your son won’t come now but I can’t
leave you alone like this and says I will pay the expenses every month then his mother says
Take your money and
go to the other side. Beha is going to the lawn for a cup of tea.
He is talking to Akbar Hussain. As soon as he sees Rajo Beha, he says,
“Sir, I have to go.” Then Akbar Hussain says, “Drink some tea.
”
I have missed work so I have to hurry Beha runs back and sees Wali in front of her.
Beha says that outside she says Wali.
When Lee starts to go out, Daniel asks where Wali is going
.Daniel says you are playing a good game with me Daniel says I’m not on foot, I won’t let you play such a game