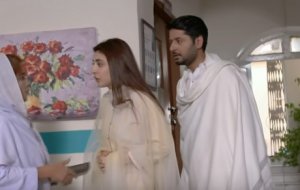 At the beginning of the drama Serial Badzat 29, Beha and Wali come to the hospital running away and ask the nurse, she says.

That is the front room She ran to the room and said, “Mommy, talk to me. Look, I’m here.” Amy Beha says to see you what happened

He is not clever. Turn on the speaker. When he calls, he gets the number of the guardian. Daniel says that he got it again.

And Daniel says to his companions: Down down, Gun Daniel says good luck to you. Anas has shown great care for you. Neither the guardian will survive nor Anas says Daniel is going to shoot you. I will fulfill this wish too

Now I will keep you alive because the guardian will contact you, as soon as he will contact you, you have to tell me, I understand, otherwise I will shoot. I will bring it to meet you, then come, Beha, Aunty, talk to Beha, she is very happy.

It’s time to take Aunty Beha Beha says no no now Wali says no no Beha Funeral is God’s trust and the sooner the trust is returned the better it is Beha says I am alone Wali says you are not alone. On the other hand Akbar Hussain says that the earth has been eaten or the sky has been swallowed. I haven’t been to one place, she’s gon

Employees should not know this, so Norman says I have given them leave for a few days. You know these people are very light hearted. We will return to answer