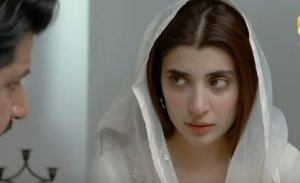 At the beginning of the drama serial Badzat Episode 25, Wali is in the hospital. He is watching Beha. There is nothing to worry about. He is going through a very big problem. It is a miracle that he regained consciousness in a hurry. Here comes Daniel and Willie’s mother. Willie is happy and says that you have come at a very good time.

When biHa regains consciousness, his mother slaps Wali on the face and says, “I am not ashamed. You are celebrating here by humiliating and disgracing me.” I was the one who was wrong. I was very proud. I was very proud of your upbringing. You saw yourself. Then she said to Daniel, “Come on. They leave. Willie says what you said. You call me Willie

I can’t even imagine that you are being insulted. Daniel and Willie’s mother start walking towards the car. Willie also comes to the car. He backs away from the car and quickly takes the car away. When Wali’s mother goes home, Daniel’s mother and Abu are fighting over Wali’s word. Akbar Hussain says that Wali is kind.

And she locks the room, so much so that Wali comes in and my mother knocks on the door outside her mother’s room. Beha is crying. The nurse comes and says why are you crying. Is there any problem or is there any pain?

Does Beha with you say just take me away from here, I will not stay here anymore. These are very cruel people. Everything has been taken away from me. I have nothing left.