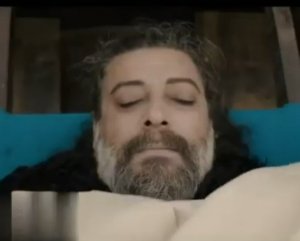 You will be at the head of my army in this war, Malik Alp Arsalan, so Alp Arsalan says, “In what way is Ibrahim not going

not make a decision about this as soon as possible, says the apostle to Tegan.

I will pay any price for it, says Yinal, or I will sit on this throne.

Yanal says either I will sit on this throne

Or else I will die for this throne, and Oqe Khan says no, it belongs to Yanal Sahab,

but only Yanal Sahab will sit on the throne.

Because it was Yenal who made the greatest sacrifice that no one could see, this time it was not Yenal who would die,

it would be his opponent who would die.Chagharis Sahab says Alp Arslan says you should talk to Abraham once before the Talmush.

Chagharis Sahab says Alp Arslan says you should talk to Abraham once before the Talmush.

Says Yanal Sahib, This time Alp Arsalan will fall from the sky and every word he says will be in vain.

The results of this war are not going to be good and it depends on whose side I stand on, says Malik Alp Arsalan.

Rasul Tegan Which side you stand on is not the outcome of the war, it will decide who you side with, Alp Arslan says.

Whatever happens first happens in the heavens and then on the earth.

A soldier of Yenal comes, he says we were with Yenal who took care of us in hunger and thirst and gave us food.

And he is with us, so come in this trouble, we are with Yana Lsahab.

Alp Arsalan very angrily slaps him on the face and throws him to the other side and there is a big fight.

And Alp Arslan shoves them all out of the way and Yanil says no matter what, I will take my right.

And Alp Arslan shoves them all out of the way and Yanil says no matter what, I will take my right.