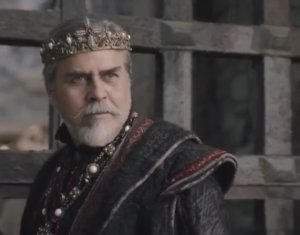 At the beginning of the drama Seril Alp Arsalan Episode No. 35, Page 1, you will see that the Governor of Sarma goes to the gate of the fort with his soldiers.

And he tells his soldiers to attack and the soldiers go to the door and try to get inside.

But the door is locked from inside, the governor says, “All together, close the door.” All the soldiers attack the door together.

Alp Arslan was not there. Gornar tells Alp Arslan’s soldiers that he ran away.

After leaving you here in trouble, the governor says to Malik Sultan that it is better for you to put down your weapons.

And anyway you can prove to be a very powerful soldier for me, Malik Sultan says, for that you will get my body.

You can’t arrest me if I’m alive. All the soldiers of Al Arslan say that we will not lay down our arms, but Enal Sahab keeps it as a sign.

“Surrender,” says the Gour-Nar, “I will release all your enemies. If you surrender, then Malik Sultan lowers his sword.”

Alp Arslan’s remaining soldiers say that you are not doing well. Gorunner’s soldiers capture them all. Gorunner says.

When he cut the noose, everyone came forward wondering where Alp Arsalan had come from.