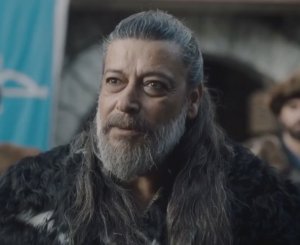 In the drama serial Alp Arsalan Episode No. 31 Part 1

says that there is a very important hanging from the invitation.

him so his men bring Alpa Go.And when they start to hang

Alpago’s mother sees and is confused and tries to go ahead.

out his sword and cuts Alpa Go’s rope.

Var tells his men to take him and give him good clothes and food.

The governor’s men bring him and Alp tells Arslan to come.

Var invites them all to come in.

My health is bad now, if you say I should take some rest, Alp Arsalan’s sister says,

I am not feeling well or something else, she leaves with gifts.

The lady gets very angry and throws her things away. On hearing the sound,

this particular lady comes running and says what are you doing?

That everything is over, I told my sister that I will come back,

but now everything is over, I will remain a slave for the rest of my life, says her

That everything will not be over with Spire or maybe Alp

If you become Alp Arsalan’s wife, all our ways will be opened.

And the Seljuk state will be destroyed, Sapir Ya cries and says that it will not be so easy.

but Alp Arsalan says will you marry your daughter to someone else.

Varnar feels very bad about this then he says come

I don’t want to see you anything Alp Arsalan goes with him.

So he says, “This is my very precious libary. The essences in it are very

You may like it. What my son Alexander has done, I don’t want to treat him.”