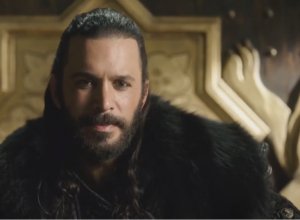 how can you marry the daughter of this bad-mouthed man. has taken

And says that you will not do that.

He saves Arslan Yusuf and tells his uncle Kamal that you will not touch him after today.

I will see you Kamal Pasha Alp goes to Gurnar to deceive Arslan and says I want to work with you.

“You will stay with him and give me all the news.” Silan follows him

At the same time, Alp Arsalan reaches and says that

I told the governor not to do something like this with me,

it will be very bad, but you did not stop your action.