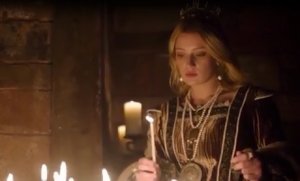 Drama Serial Alp Arsalan Season 3 Episode No. 2At the beginning of Dev Chand says that I know Alp Arsalan very well and know how he makes one project after another and how he continues to succeed in his projects.

You make me the governor of this tribe I will not disappoint you Emperor Dev Chand says you rest now I will think about it In the Kanak tribe Alp Arslan’s wedding preparations were going on in full swing.
There is celebration everywhere, on the other hand Governor Dukas is very upset due to the defeat at the hands of Sun Jokes and wonders how we failed, so he boldly comes and tells us.
Hearing that Alp Arslan is getting married to a woman now, Dukas gets very angry and says that here we are celebrating defeat and over there Jakki is celebrating joy, let me turn their happiness into sorrow. will
General Doukas makes a plan with his governor and says that you take your best soldiers and go to the Canuck tribe disguised as Turks, the commander says how will we go inside the Canuck tribe
So General Dukas says the chief of the Sanul clan is my best friend he will take you to Alp Arslan’s wedding and General Dukas gives his commander a bottle of plague and tells him to put the plague on the grass of the jocks’ horses. to put
As soon as they eat this grass, all their horses will start to fall and then slowly this disease will spread in the entire tribe of San Jok and all the people in the tribe will die.
The commander takes some of his best soldiers and goes to Noor, the chief of the Sanul tribe.General Dukas Kakama comes to the chieftain of the fearless Sanol tribe and gives him a letter from General Dukas. The letter states that my commander and his companions are to be escorted to Alp Arslan’s wedding ceremony.

After reading the letter, Noor says to the chief of the Sanul tribe that you people should rest, we will leave from here tomorrow morning. Meanwhile, Chakri tells Sulaiman that people from many tribes are participating in Alp Arsalan’s wedding.
That’s why I am giving all the responsibility of this marriage to you. I am afraid that the enemy will not take advantage of this opportunity. If you increase the number of soldiers, then Sulaiman says, “Don’t worry, I will take care of you.” General Dukas’ commander comes to the wedding ceremony
So all the soldiers of Alp Arslan are busy in the arrangements of the wedding ceremony, taking advantage of the opportunity, the commander of General Dukas comes with his soldiers to the place where the horse grass is lying.
And he pours the plague bottle on the grass of the horses, then he signals to his companions, they all go away from there. Meanwhile, Alp Arsalan is getting married to a woman, so at the time of the marriage, Alp Arsalan’s soldiers put the plague-infested grass on the horses. give
As soon as they eat this grass, the horses start to fall and no one knows that after the marriage, Alp Arslan Abcha woman is taken with a beautiful dance.
On the other hand, a soldier of Alp Arslan goes to the horse stable and sees that the horses have fallen, so he goes and tells Suleiman.
And horses have strange rashes on their body, so Al-Biruni says that it is not a disease, but it is an epidemic, then Chakri says that there is a solution for it.
So Al-Biruni says that there is no solution, so everyone gets very upset after hearing this