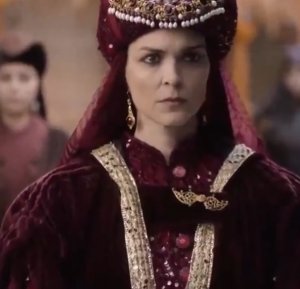 Alp Arsalan Episode No.15 Part No.1I will end the siege and hand over to you two Kasas, one of whom is a general who puts the interest of the king first.

Do you, I think, think that your king would have the same thoughts as Dev Chand has told, rather than the enemy getting even a piece of the Roman Empire?
And I don’t see the issue of honor etc. It seems that Dev Chand and his acquaintances were waiting for death to get rid of you.
Nonsense, jealous war, who, raising your sword in this way, challenge me, you people can only take my body as a prisoner.
Lose him, chief, give me leave. This infidel I fight. Needless to say. Give him your sword, chief. If I win, your soldiers will leave me.
Stick to it do what he says keep quiet sir as I said we don’t want him to escape from here don’t worry sirHe could have been put to death by the death that you consider an honor

But I want to keep you alive for a while. Come to the tribe and fight againThis is the stuff that you are calling Nawab Profitable

Mr. Batun has said that you have made this kind of conspiracy against me. What are you saying?
Mr. Sultan, the Byzantine soldiers have been killed, now what is the guarantee that they did not exchange the goods, why do we need to exchange the entire goods?
Our chiefs also have hearts and children, why do they need to exchange goods?Ameer Gazar Batun Sahab is one of the respected leaders here and he also has money.
Just trust whatever the elders are saying, now you have to explain what everything isMr. Sultan come to me I have no words to say so then it means
that some disbelievers have done wrong to us, but all this happened because I was neglected. What do you mean by neglecting you?

Yes Mr. Sultan, I can sacrifice my life for this kingdom, but it is not the same as what Batoor Sahib said

I am not a traitor, if there is a mistake, it is my fault, but I can die for the empire, I know it very well.

That he will not harm us in trade and will not associate anyone in his trade Mr. Sultan of this iron A sword made from the Turks