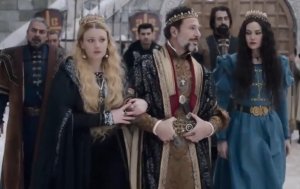 Alp Arsalan episodeNo. 14 Part No. 2In this battle, the son of Seljuq, Israel and his soldiers have shown great courage and courage
Due to which the Seljuqs became very important in the Trans-Nahar, but due to this war, the people lived longer and soon left this mortal world at the age of one hundred and seven years.
And he was buried at the place of Jund. However, historians disagree about the number of sons of Seljuq. However, after Seljuq, Israel 30 32

He led the Seljuq Turks across the Nile for a year and performed many feats in various battles.