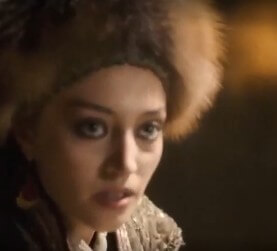 you will see how Arsalan Yusuf tries to leave the fight and run away but Alp Arsalan chases him.

And he says that you will be released in one way if you marry your daughter to me.

Gee Tu think lo and says to his man

The news of Arsalan Yusuf’s capture reaches his

Sakina says that Baba will come very soon, I will bring him, you smile and eat something.

She calls the soldiers and says

When you bring the father, Arsalan Yusuf’s daughter calls her soldiers and says,

“Hum Har Sur, you have to release your father from Alp Arsalan,

and she brings her soldiers from

And Alexander Alp comes to Arslan and says that Arslan Yusuf has been killed.

And we have come to make a deal with you, a soldier comes and says that Arslan Yusuf’s daughter was coming,

so someone has kidnapped her on the way. Goner and Alexander are there, Alp Arslan says.

He says that the horses are ready

Yes, Alp Arsalan quickly sits on his horse and his companions also go in search of Sakina

and very quickly they find her and bring a man with them and ask him what she said.

But did you not say anything?

And Alp Arsalan’s uncle Kamal comes and says to leave him, he has not done anything,

I have done all this, then Alp Arsalan starts fighting. Why was the kidnapping done?