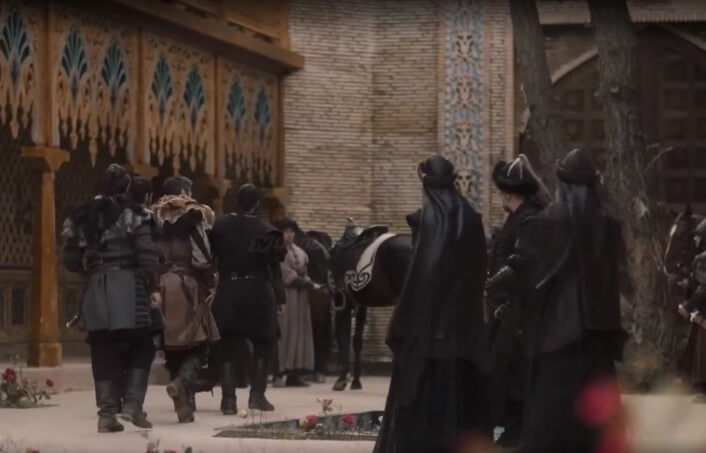 At the beginning of this episode, a man is running towards the forest.And there are some people who are chasing this man with their swords, wearing black clothes and covering their heads and faces with black cloth.The runner enters the forest

to protect himself and hides under a tree in the forest.When those black-clad men chase after him into the forest, they look for him everywhere.But they do not see that person. They go further into the forest.Suddenly one of them sees the man

hiding in the forest.The person then tells his other colleagues.All those who are chasing him, dressed in black, surround the forest man with their swords, hiding in the shade of a tree.On the other hand, Bozan is killing the people hiding in

the basement one by one who is shouting in the basement to help us.
After killing one or two of them, Bozan tells the rest of them he wants to say something other than you.That is, someone cries for help.Everyone becomes silent. One of them manages

you have killed them. is your acquaintance and what tribe are you from?