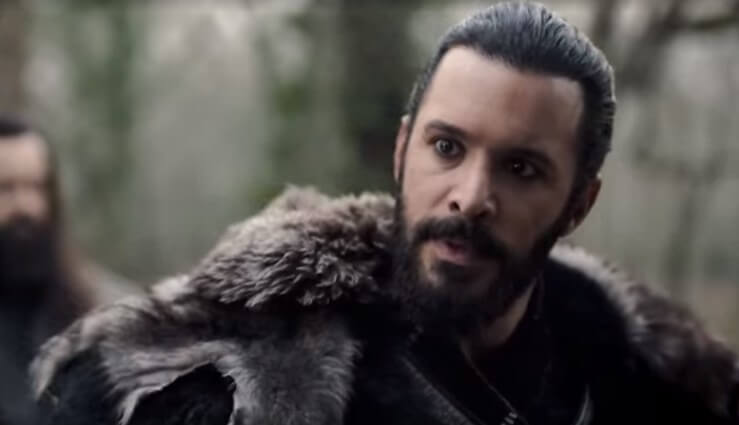 At the beginning of this episode, Alp Arsalan, a soldier in the jungle, consults with his comrades on the shortcomings of the war.And he scolds one of his soldiers and says to him: You give us wrong advice and I know That you have joined

us a lot.One is compassion for the enemy and the other is betrayal of a friend. Then separate his head from his body And send it to those for whom it worked Salar Alp Arsalan’s companions clap their hands on their chests and express their

consent.He then reassures his commander Salar Alp Arsalan, then beheads the traitorous soldier, packs him in a box, and sends him back to the Natanese commander Kikau Menis.And when the box with the head is received by the companions of

Many Byzantine soldiers were wounded.On the other hand, the governor of Kikou Manis says that we did not even think that Sipa Salar Alp Arsalan such a Turkmen would prove to be so dangerous for us.Now he will definitely get a replacement for what he did.